I have been out of the Warhammer and 40k world for a few years now but last week I found out they had completely changed the fantasy game to the Age of Sigmar.

I really like the stream-lined play and think it is the kind of game I would enjoy, so with that in mind I was inspired to dig out my old fantasy army and start updating it for a fresh start in the new incarnation of the game.

My ogres have featured on this blog a few times, it was the first army I ever painted in its entirety but a few years ago i got it into my head that it was time for a change and I striped all my core units.

Big mistake. I lost my focus on the project and my army sat languishing in their case in various states of paint and repair for several years, un-played and unloved.

Here is my test mini, it is still far from complete as the face needs finishing and the spikes on his iron fist need changing over to an iron colour rather than the gold base they have at the moment. But it is roughly where I want to be with it. 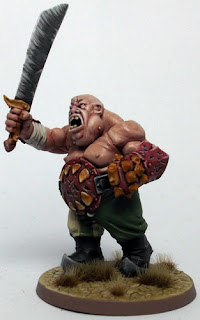 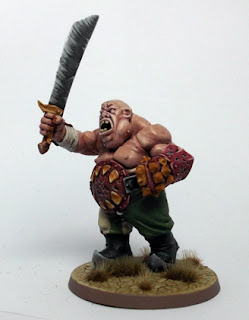 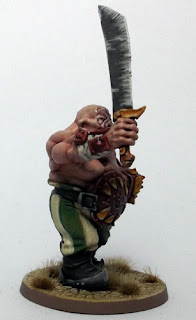 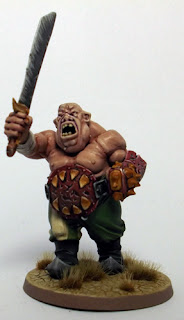 Unfortunately the mini was a bit rough around the edges from being stripped and repainted a couple of times(Ogre Stew) so I will have to pay a bit more attention before painting the rest in tidying them up before priming.

I have a couple of commissions in the works and will get some pictures up once they are finished and back with their respective owners.

In other news, Warhammer World announced they are bringing Blood Bowl home! The XXXXXX League Cup looks like it will be a blast! unfortunately I sold my last team (Humans Team)  and it looks like I will have to miss out on the fun unless i can grab a team in the mean time. Damn!

I am off to mope for a bit now, stay frosty.

I am booked for some commission work at the moment, but please feel free to get in touch.

An amazing group of bloggers, articles, tips and more!

One of my favourite blogs; if you haven't already, check it out!